The director of interdisciplinary studies and instructor of Masterpieces of Literature at MPC, Alan Haffa takes a community approach to studying weighty cultural and political topics, leading and teaching literature for the Gentrain program at MPC, which mixes lifelong learning for adults and transferable credit for students, while lending his voice to the local Occupy movement, where he laid out the worsening economic inequality and prompted people to discuss. Haffa also takes students to Ashland every year for the Shakespeare Festival. 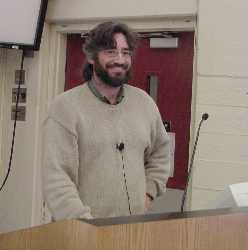 Alan grew up in Minnesota and is a first generation college student. He went to St. John's College in Annapolis, Maryland, which has a "great books" program. He says he knew it was the place for him when he visited as a prospective student and stayed up all night talking with a group of freshmen about Plato's Republic, which they were reading at the time and which he had read on his own. At St. John's he decided that his career path was to become a professor, reasoning what could be better than be paid to read and talk about great books? 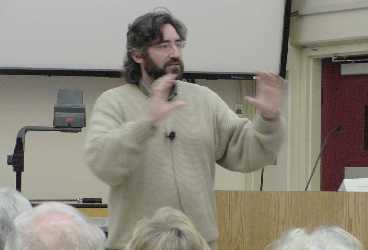 Alan got married before his junior year at St. John's to his wife, Arlene, and a few months after graduation they had a son, Benjamin. They moved to Wisconsin where Arlene had a research assistantship, and Alan got a job teaching seventh grade English and Science at a Catholic boarding school for Mexican boys. The next year he went to graduate school and joined the Comparative Literature Program at the University of Wisconsin-Madison. He earned an MA in Comparative Literature and then an MA in Classics. His comparative interest was in classical Greek and Roman literature and how it was received and modified in the Renaissance. Alan can read Ancient Greek, Latin, and French and would love to someday teach a summer school class at MPC in Greek or Latin. He earned a Charlotte Newcombe Dissertation Fellowship from the Woodrow Wilson Foundation and finished his dissertation on Supplication in Epic: Homer, Virgil, and Tasso. The Haffas moved to Arizona where Alan taught History, Literature, and Philosophy in the Liberal Arts Department at Phoenix College, and after one year he ran the Honors Program and a Classical Studies Program.