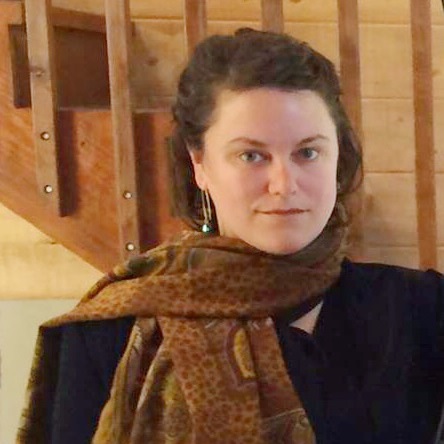 Stephanie Spoto, PhD teaches humanities at California State University, Monterey Bay and philosophy at Monterey Peninsula College. She holds a PhD in English Literature from The University of Edinburgh, with her doctoral work exploring the influence of esoteric and occult philosophy on early modern literature and politics. In 2009 she was awarded The Centre for Renaissance Studies Research Grant for her study of John Selden's De Diis Syris (1617) and she has served as peer-reviewer for Forum: a postgraduate journal and for publications from the association Concerned Philosophers for Peace. In 2010 and 2011, Stephanie served as Reader for the James Tait Black Memorial Prize in Fiction and Biography, and has reviewed for The Scottish Review of Books, Comparative Civilizations Review, The LSE Review of Books, and other publications.

In 2013 she was an International Visiting Research Fellow at the Centre for Advance Study - Sofia (Bulgaria), with support for her project "William Lithgow (1582-1645) and Early Modern Scottish Journeys to Eastern Europe". This project investigated encounters between Scottish travelers and Islam in the Ottoman Empire, looking at potentially unique ways in which Scottish writers and scholars interacted with Muslim cultures and texts. Her work on this project has been presented at the Centre and also at the Southern California Renaissance Conference in 2017, in her paper "Scottish Perceptions of Islam in the Seventeenth Century: William Lithgow's Travels through the Ottoman Empire and Northern Africa".

Her work has been published in Pacific Coast Philology, The Journal of Monsters and the Monstrous, Abraxas, The Journal of Feminist Scholarship, and the edited collection Daimonic Imagination: Uncanny Intelligence. Her recent work on racism and the philosophy of perception, "Wittgenstein, Aspect Blindness, and White Supremacy", is forthcoming in The Critical Philosophy of Race.

Stephanie has talked literature and philosophy on The SRB Podcast and Not Radio,and has been the coordinator of a community philosophy reading group at Old Capitol Books in downtown Monterey for four years.