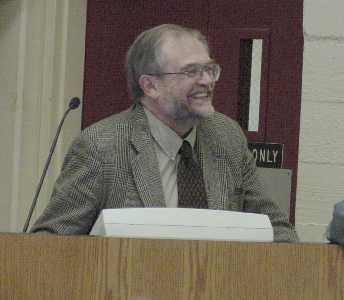 Tom was able, back in 1991 to jump in and quickly become an integral part of the Program. His MPC tours to Mediterranean countries have helped hundreds of local folk expand their world view.

His childhood, with a mother at home, a sister six years younger than himself and a geologist father, was relatively normal until the family moved to the Belgian Congo when he was eleven. There he was "let loose," and although he was officially being home-schooled, Tom said he did a lot of fishing. At the age of 13 they visited Egypt before going on to live in Turkey. "That just blew me away," he said excitedly..."all those great ruins and then the Hittites! I knew I wanted to be an ancient historian." "I read a book that said the University of Colorado was the most beautiful school in the world. I went there as a freshman. It was too big. I opted into Foothill Junior College for a couple of years, and then Berkeley where I graduated in history with a minor in anthropology. 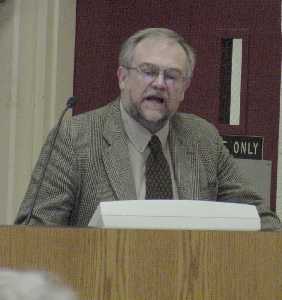 "Then I went to the University of Chicago. That was a whole new thing...grad school, of course, with only 4 or 5 in a class, and courses that were really intellectually stimulating. At Berkeley, in history class, I didn't see the history professor. I was in another room where the class was televised!" While at UC Tom worked as a curator at the Oriental Institute.

After teaching ancient history in New York City for three years, he moved to the venerable Metropolitan Museum of Art. "There, as an Egyptologist, I did the installation of 5 galleries, from Dynasty 19 to Dynasty 30. In 1974, I worked on the Temple of Dendur. These were 12 to 14 hour work days!"

In 1981 Tom came to Carmel as Director of the Monterey Peninsula Museum of Art. Here he supervised the renovation of the old building on Pacific Street, making it the functioning museum it is today. 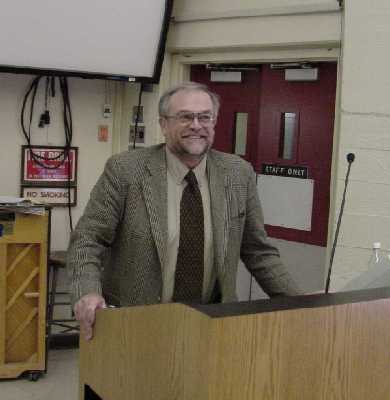 During this period Tom faced a personal challenge. He was the single father of three children, the youngest being two years of age. Fortunately, his parents, who had settled in Carmel, were able to help. About these years Tom says, "I was forced to have a close relationship with my kids, and I'm thankful for that." As a Gentrain instructor, Tom developed a college-sponsored tour to Egypt in 1991 and Vikki signed on. Tom says, "We fell in love on the Nile!" They were married the following summer. "It's a tremendous marriage for me!" Tom said, glowing.

At the present time Grant has involved Tom in working with the WorldTrain track and he works regularly with the Gentrain team while teaching three other MPC courses: Western Civilization, American History and History of the Middle East (Islamic). 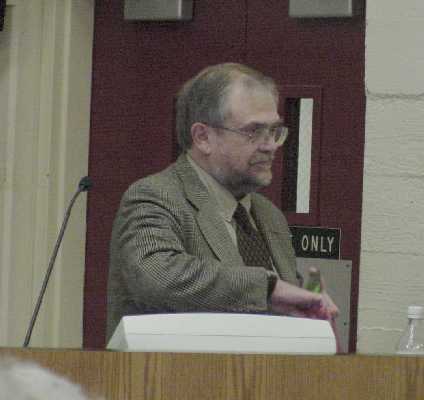 He has recently had three articles accepted for publication: Royal Iconography in Dynasty O, Ancient Egyptian Wills, and one on an ancient Meriotic observatory.

Tom is still pursuing his dream - discovering ancient Egyptian ruins. Next January will be his fourth season as co-director of an excavation in Karnak. You can't take the boy out of the man!